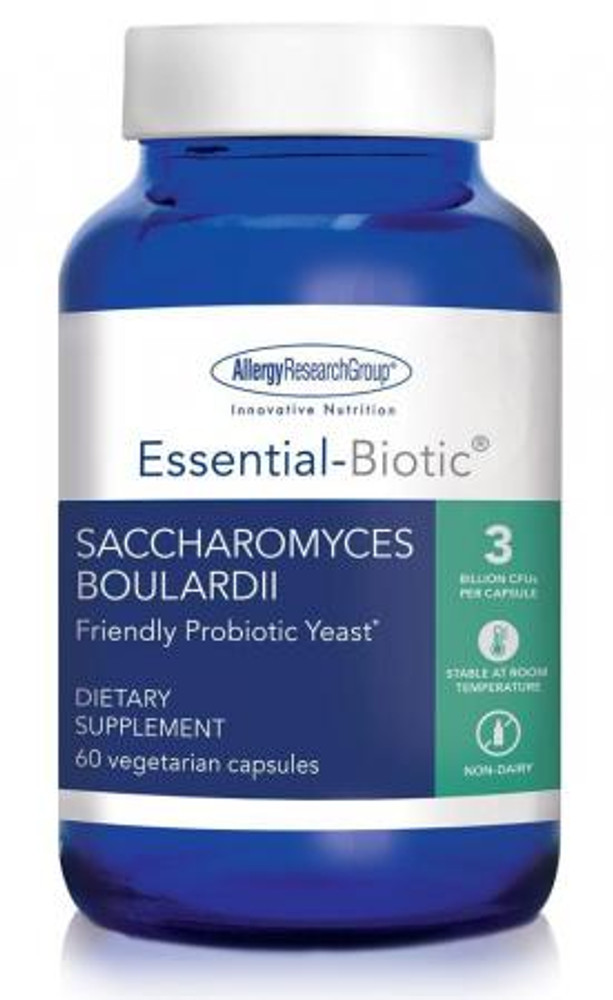 IMPORTANT: We package and send the S.Boulardii separately via Express Post on Monday or Wednesdays, accompanied with ICE (only if ice is selected above).

We encourage you to select ice with this product.  If you un-select ice, we will send it without and by processing your order, you accept the product and the condition to which it is received without the option to return your item.

During the hotter months, some customers are concerned that the ice has melted and the product is delivered warm. We make every effort to ensure that the product is kept cool for longer with ice during the express delivery of this item but we do not promise a refrigerated service and the manufacturer has advised and assured us that the product can be left out of the fridge (and without ice) for up to 2 weeks before the culture begins to die so we are confident that the express delivery, ice packed journey will have no or little penetration on the culture quality. Customers purchasing this item please be aware and acknowledge and accept that we are unable to control the weather or the temperature that this product is delivered and are under no obligation to accept returns.  Please read our shipping notice and terms and conditions below for this product. Thank you.

PLEASE NOTE: If your post code is not within the Australia Post Network, we may ship your items with regular post depending on the shortest route and additional expense.

Chosen for it's hypoallergenic properties for sensitive individuals.

A probiotic, non-colonizing yeast species closely related to Brewer's yeast and not related to the yeast group to which Candida belongs. Saccharomyces boulardii taken orally supports the production of secretory IgA, and helps friendly probiotic bacteria to colonize the GI tract.* It is a transitory microorganism and is eliminated after supplementation is stopped.* Non-Dairy and Gluten-free.

As a dietary supplement, 1 to 3 capsules three times daily, preferably on an empty stomach, or as directed by a healthcare practitioner.

This nutrient is of the highest quality and purity obtainable, and does not contain preservatives, dilutents, or artificial additives.

Variations in product color may occur. This probiotic is stable at room temperature, however to maintain potency, store tightly closed and refrigerated. Short term heat exposure for travel is acceptable, however we take every effort to reduce heat exposure by sending express with ice. If you choose to proceed with your purchase without confirming whether your post code is within the express delivery zone, completion of your order verifies that you take full responsibility for the condition of the delivered product.  Please read important shipping notice below and confirm whether your post code is within the Australian Express Post Network.

This item is sent express post on Mondays or Wednesdays (with the exception of public holiday disruptions) and in some cases this will be sent in a separate parcel to other items with ice packs (if the customer selects ice) to keep their journey a little cooler for a little longer. The manufacturer has advised that these items can be left out of the fridge for 10 days before the culture begins to die so we are confident that the express delivery, ice packed journey will have no penetration on the culture quality.

If you select Ice: The ice allows the item to remain cool for longer but the ice IS NOT expected to remain solid upon delivery.  If you have ordered other items, they may be sent in a different parcel and received on a different day.  Your postal location and the size of your remaining order will determine whether all items will be sent together express with this item or whether the remaining items will be sent regular post, so please don’t be alarmed if you receive different parts of your parcel on different days as a result, unless you have selected EXPRESS in the shopping cart yourself. Whilst we make every effort to ensure that care is taken to provide a speedy delivery with ice to preserve the product for longer, we would like to advise that it is the customer’s responsibility to keep an eye on the tracking and to be available to collect the express parcel when delivery is due. This item should be refrigerated upon delivery. In the case that no one will be home to collect the express item, the postman will leave the parcel at your location unless you log in to the tracking details sent to you in an email where you can opt to have them leave a card advising you to pick up your parcel from the post office later   We cannot be held responsible for the hot whether that may expose the product to more heat. Parcel pick up notification cards can often go missing, so please ensure you check with your local post office if you are expecting delivery and keep an eye on your tracking.

Important Express Post Consideration:  It is the customer’s responsibility to confirm whether the destination postcode is within range at the Australia Post express post network and this can be confirmed here: http://auspost.com.au/personal/express-post-network-nsw-act.html

Please read more about this and our shipping procedures here: https://shop.gapsaustralia.com.au/shipping-returns/

How does Saccharomyces boulardii work?
S. boulardii benefits the gastrointestinal tract in a variety of ways. S. boulardii increases intestinal populations of healthy bifidobacteria while decreasing numbers of disease-causing organisms. It inactivates bacterial toxins, inhibits toxin binding to intestinal receptors and lessens toxin-induced inflammation. It reduces the ability of disease-causing micro-organisms to adhere to and invade intestinal cells. S. boulardii stimulates host immune defenses and intestinal enzymes that enhance nutrient digestion and absorption. It produces acids that combat disease-causing micro-organisms, assist in mineral absorption and nourish the colon.
How much Saccharomyces boulardii should I take?
Daily doses ranging from 250 to 1000 milligrams taken once to four times per day have been reported in the medical literature. Up to 3000 milligrams per day have been used in people with recurrent C. difficile disease. There is no one standard supplement regimen for S. boulardii. It is prudent to consult a knowledgeable healthcare practitioner for advice on how much S. boulardii to take and for how long.

How should Saccharomyces boulardii be taken?
The S. boulardii capsules should be taken in between meals. If a person cannot swallow the capsules, they may be opened and the contents mixed with semi-solid foods such as applesauce or beverages. Avoid the use of hot foods or beverages as this may adversely affect the potency and activity of the supplement.

Can Saccharomyces boulardii be taken along with other probiotics?
Yes this is encouraged!  S. Boulardii is not that affective on its own, however, when taken with other therapeutic probiotics, they form a symbiotic relationship which enhances the strength and effectiveness.  Laboratory and clinical testing have demonstrated S. boulardii to be compatible with various lactic acid bacteria including the lactobacilli and bifidobacteria frequently used as probiotic supplements.

What improvements can be expected with supplementation?
Generally, clinical response is considered positive when the number of stools decrease and improvements in stool consistency, from being watery and foul-smelling to more formed and less odorous, are observed. Also lessening of abdominal discomfort or cramping, along with reduction in stool urgency, and restoration of normal bowel movements provides clinical evidence of improvement.

How should Saccharomyces boulardii be stored?
To maintain potency and stability, S.boulardii is best stored under refrigeration. However, S.boulardii is relatively heat stable and does not lose potency when left at room temperature for hours and even days.