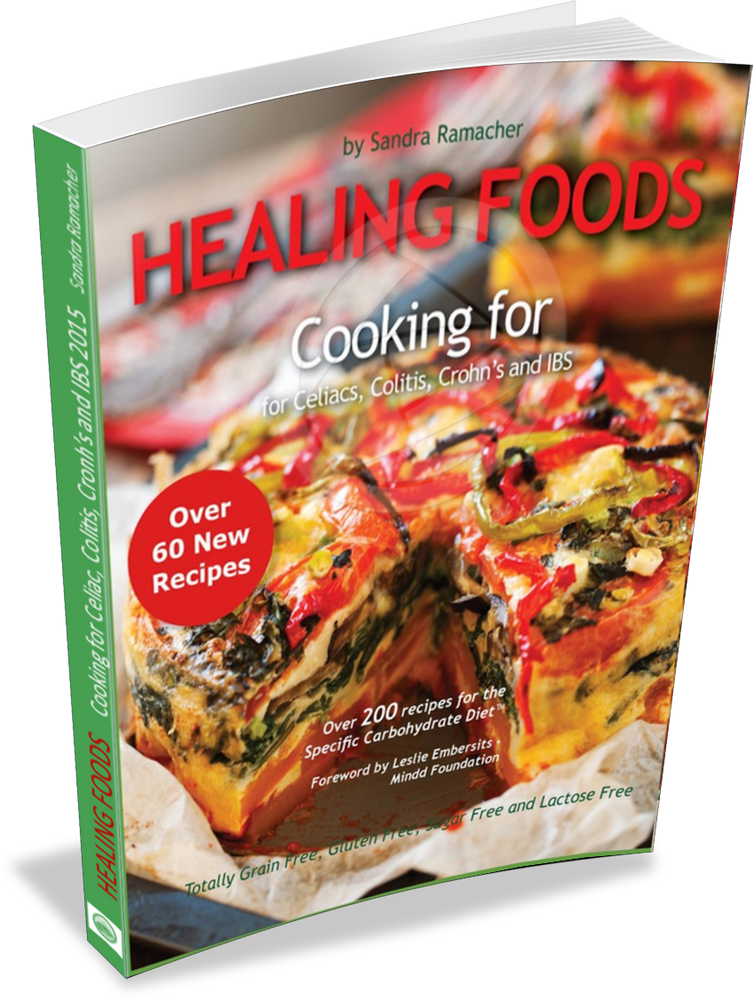 The second edition of Healing Foods features delicious recipes specifically designed for sufferers of Crohn’s, Colitis, IBS and Celiac disease. The recipes are designed to cater for the Specific Carbohydrate Diet and is compliant with the GAPS diet depending on what stage in the diet the patient has progressed to.

Sandra Ramacher is a well known journalist, writing on food, health, yoga and travel for international and national magazines, such as Australian Yoga Journal, Slow Magazine and Heart Business Magazine

She has been in remission from Ulcerative Colitis for over 10 years following the Specific Carbohydrate Diet upon which the book is based.

With an estimate of 20% of Australians suffering from Coeliac Disease, IBS (Irritable Bowel Syndrome), Crohn’s and Colitis, it is no surprise there is an unwavering interest in Sandra’s cookbook.

Be one of the first to scroll though Sandra Ramacher’s book featuring over 100 beautiful photographs of re-imagined comfort foods. Applying the rules of Elaine Gottschall’s Specific Carbohydrate Diet (SCD) to 200 of her own recipe’s, 60 of which are completely new, Sandra exhibits a plethora of recipes that encompass the preparation and method of appetizers, snacks, desserts, salads, side dishes, condiments, lunches, dinners, breakfasts, beverages and breads. Also included are wonderful kitchen staples such as dairy-free cheeses and milks.

All recipes are strictly grain-free, gluten-free, lactose-free, sugar-free and starch-free.

After being diagnosed with Ulcerative Colitis herself, Sandra has now been in remission for 10 years. By design, Healing Foods: Cooking for Celiacs, Colitis, Crohn’s and IBS has helped many realise their own path to health, proving an important aid in restoring autonomy outside of medication and steroids, of which many suffer a plethora of undesirable side-effects.

The Complete Cooking Techniques for the GAPS Diet: By Monica Corrado PDF DOWNLOAD ONLY