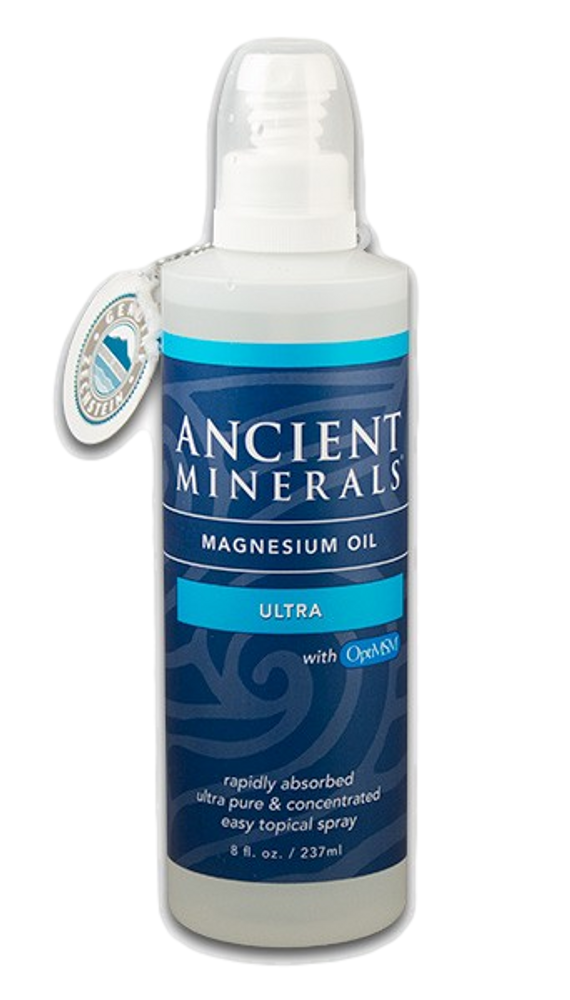 What is Magnesium Oil?

Magnesium oil isn’t actually an “oil” after all, but instead was coined as such due to the high saturation of magnesium chloride in water, which presents itself in an “oil-like” texture.

You can spray on and rub into legs, arms and back as much as you want, usually about 40 sprays will cover those areas.  Massage well and leave on for at least 20 mins.  Then you can either leave it on ( it is 100% sea water) or if you feel like you've had a day at the beach, you can rinse or wipe off the salt residue. Some prefer to then moisturise. Apply daily anytime

Where Does Magnesium Oil Come From?

Ancient Minerals ultra pure magnesium oil is extracted from the Ancient Zechstein Seabed in Europe, 1600 to 2000 meters deep in the interior of the Earth. Well protected for the last 250 million years, it is the purest magnesium oil in the world and a mark of purity on every bottle of Ancient Minerals.