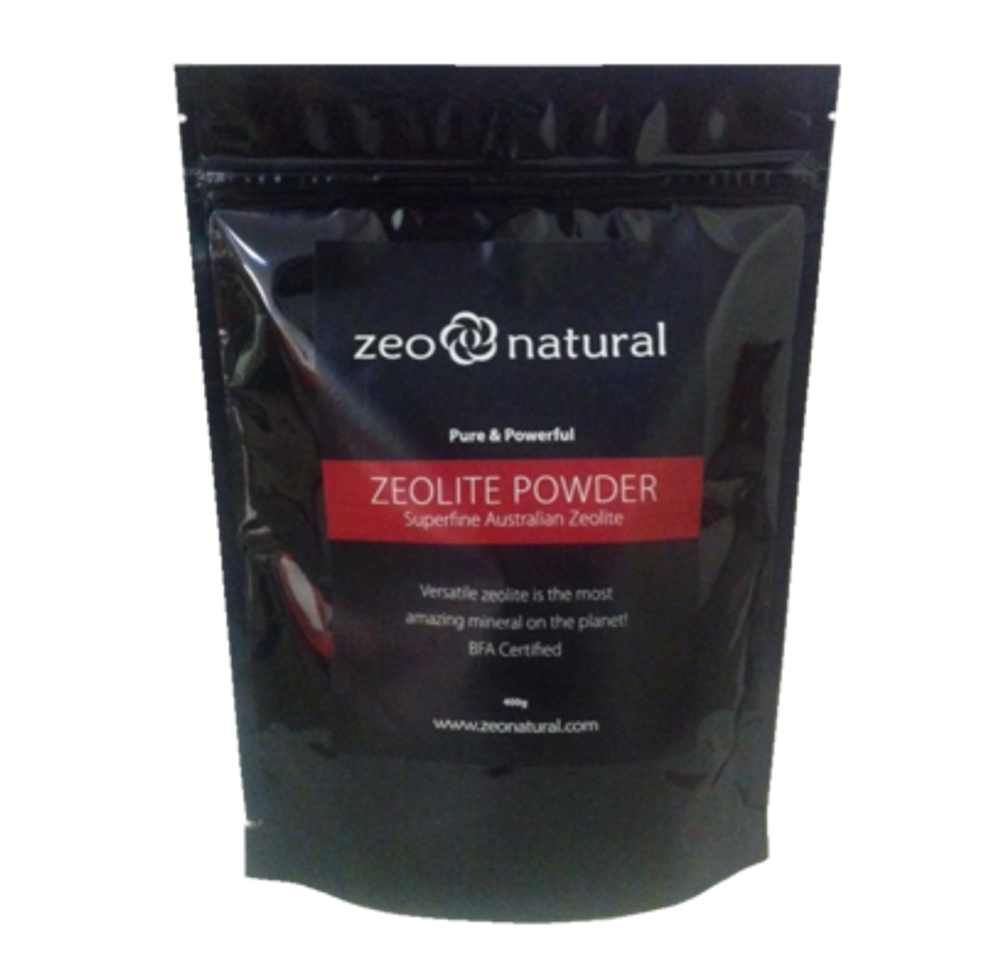 Zeolite powder helps to remove toxic pollutants from your system, especially the heavy metals mercury, lead and cadmium as well as volatile organic compounds and radionuclides.

People in many countries, including Australia, use zeolite powder as a detoxifying mineral supplement. In Russia. UK and other countries zeolite is approved as a food supplement and in USA it is listed as Generally Regarded As Safe. Australian zeolite has not yet been submitted to TGA for listing but various clinical trials are now being carried out for this purpose.  If you decide to try it now, here are some suggestions:

Zeolite is dehydrating so before starting on a zeolite regime make sure you are properly hydrated then drink more water than normal while taking zeolite. If you have serious health problems please consult your health practitioner first, preferably one who is familiar with zeolite.

Zeolite performs best if you take it with food in your stomach, say about 20 - 30 minutes after eating.  Or if you drink water with your meals you can take it straight after eating.

Recommended dosage is from 1 to 2 level or heaped teaspoons per day depending on your state of health and the reason you are taking it.  If you are very toxic it is advisable to start with 1/4 teaspoon per day and increase gradually.

For children It can be added to yougurt and juice .  When using zeolite powder in juice or smoothies, make up a glass or jug of zeolite water at the required dose and allow to stand for about five minutes so that the sediment settles.  Then pour the water off leaving the sediment behind.  Use the water to dilute the juice.  A small amount of zeolite can also be added to a teaspoon of honey to give to children.

5 based on 2 reviews. Leave a Review.

Love this product, I am now drinking 2.5L or more of water daily easily and my gut is feeling great. I used to eat zeolite back in Africa in chunks, its a staple for most pregnant women, and is sold in vegetable markets everywhere. For me its a product I am very familiar with, and I love how it makes me feel thirsty and I drink lots of water and my skin is looking healthy and glowing. I usually take 1/3 of a teaspoon in half glass of water early morning before eating anything else.

Most amazing binder known to man/womankind! SO many uses and can tolerate despite digestive issues and MCAS.