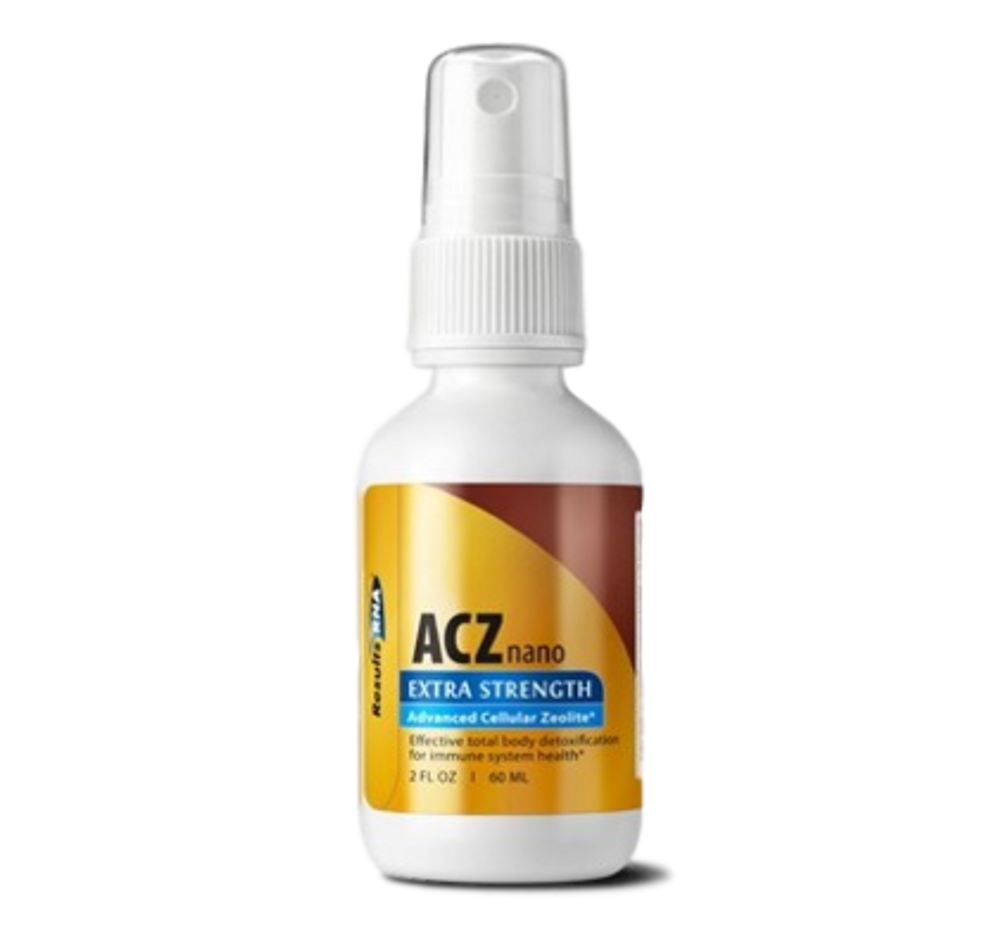 ACZ nano® is the most effective heavy metal detox product, with independent studies showing upto a 1000 fold increase urinary output of heavy metals. 170g of nano zeolite is equivalent to 1000kg of micronised zeolite in terms of effective surface area.  This product has virtually no taste and is easy to supplement directly into the mouth.

Maximum Detoxification
Prescribed by leading medical practitioners worldwide, ACZ nano Extra Strength has been shown to increase urinary output of Mercury up to 103,500% over baseline during only 12 hours of post-provocation urine collection.

Urinary toxin output is significantly increased as nano zeolite particles are readily absorbed into the bloodstream, providing systemic reduction of body burden. Most oral chelating agents such as EDTA and micronized zeolites, exhibit poor absorption and remain in the gut.

A superior delivery method ACZ nano Extra Strength is the only zeolite-based detoxification product provided in a convenient intra-oral spray.

Patient response is very positive and readily discernible. Physicians who prescribe ACZ nano Extra Strength do so repeatedly as a core component of every functional protocol.

I wish to acknowledge the exceptionally professional, friendly and efficient customer service I received from Gaps Australia. I recommend them and will plan to order from them again.